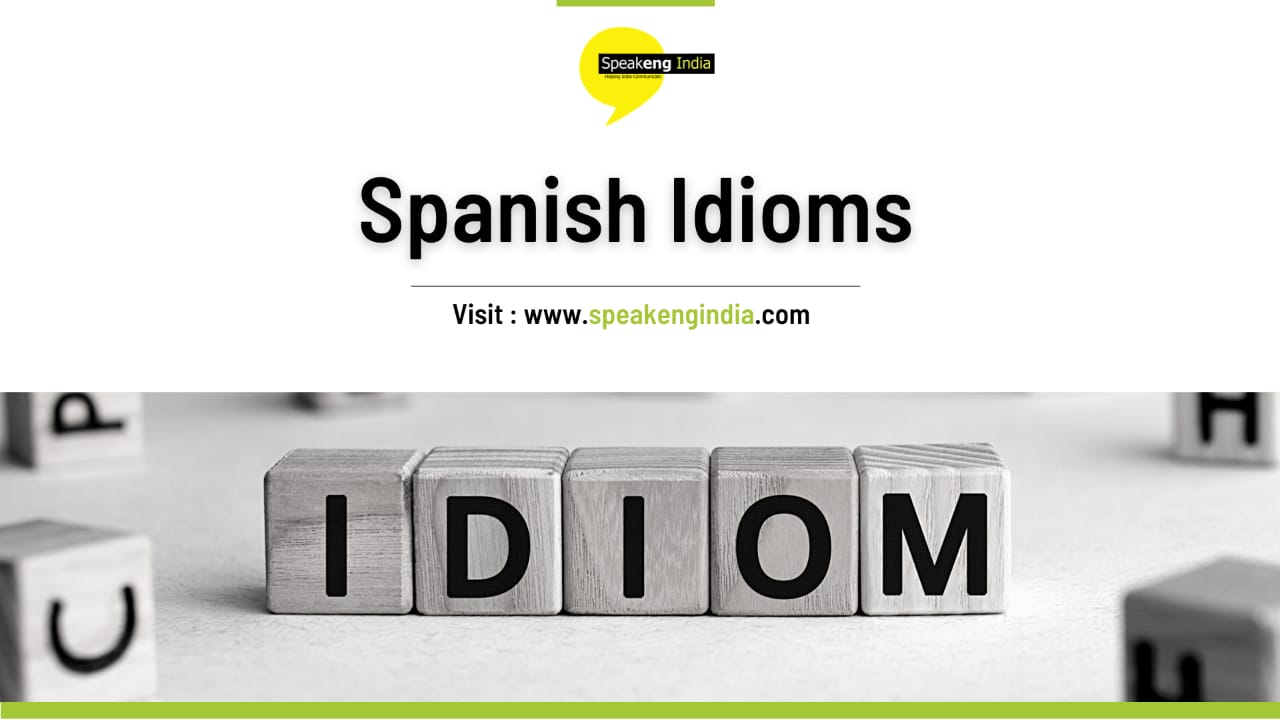 Idioms are a group of words, phrases, or expressions. They convey a meaning that is more figurative than literal. You might be using a number of those idioms in your mother tongue and might never realize how often you use them. They are an indispensable part of a language and may rightly be called the soul of a language.

The Spanish language also uses a lot of idioms. Some of these might have some direct sister translation in English while some others need to be understood with their contextual usage. Also, idioms are an ever-growing family with the constant evolution of language. Spanish being a widely spoken language, the number of idioms used is also vast. They are also region-specific. Idioms used in some Spanish-speaking countries might be different from the ones used in some other countries. It largely depends on regional cultures and beliefs as it is in other languages too.

Let’s have a look at some of the most widely used Spanish idioms:

Hope you enjoyed going through these lovely phrases. Imbibe them in your diction and feel all the more connected to Spanish. Learn Spanish language in Bangalore with us and leave the rest to our experts to train you with the foreign language courses of your choice. Learn Spanish in our Spanish classes in Bangalore and shape your future.